DETOURS: When the ramps close, the I-5 Empire Avenue Interchange should be used:

About I-5 / Empire Project: These closures are part of the construction of I-5 improvements between Buena Vista Street and Magnolia Boulevard, including carpool lanes on I-5; the new Empire Interchange; elevated railroad tracks to eliminate the street-level rail crossing on Buena Vista Street at San Fernando Boulevard; reconstruction of the Burbank Boulevard bridge; realignment of ramps; and replacement of concrete pavement in both directions of I-5.  The project’s expected completion date is in 2021. 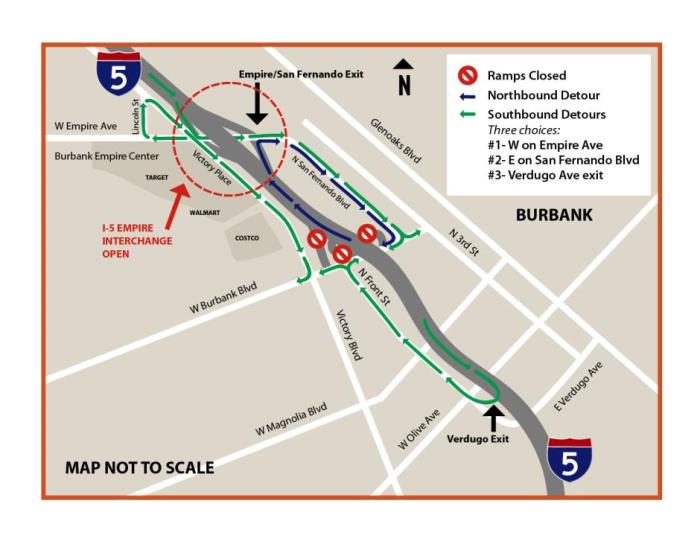